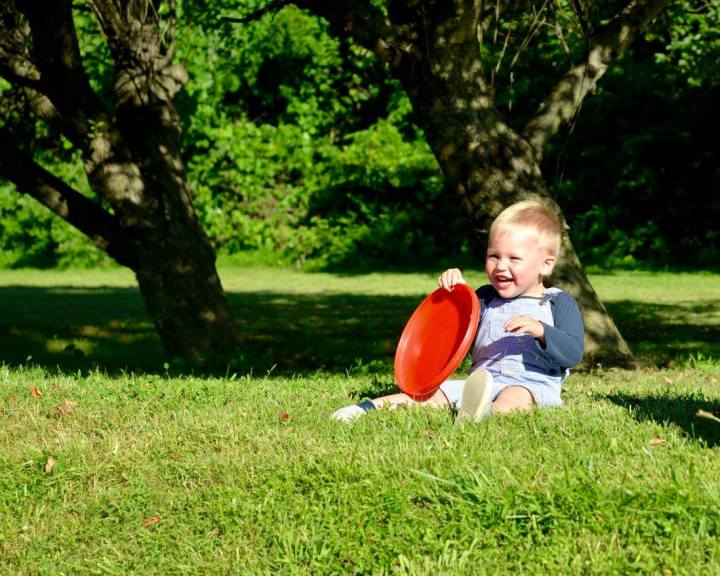 When our little guy was first diagnosed, he was just that: very little. The practicalities of getting him used to the idea of having T1D mostly looked like begging and cajoling, interspersed with lots of chases around the dining room table and more incentivizing (does that sound better than shameless bribery?) than I would like to admit. He was young enough that just a few months in – for better or worse – he didn’t remember anything different.

Then, one day, he started to notice that not everyone had a pump like him, or a Dex. He was perplexed and, at his most adorable, sympathetic about his friends’ lack of bodily decoration and ability to check their blood sugars at any given time. He’d tilt his head at others eating snacks but not needing to be dosed first, asking if their Mummy’s forgot to do their insulin by accident. Later, he’d wonder aloud at how no-one else seemed to have Diabetes but him.

It wasn’t like we didn’t talk about his Diabetes. We did – all the time – just as I imagine every other T1 family out there does. It consumes your days, your thoughts, your sleep. At the hospital, they teach you how to give shots and juggle numbers and make life or death decisions, but the reality is that only time will tell how your little T1 will learn to navigate this strange world where not everyone has a verifiably hopeless pancreas like they do. He knew he had T1D – that he was different, and brave. But how could we possibly explain to our (by then) 3 year old the magnitude of what that meant for him?

Over the years, the conversations have become easier. We’ve taken our lead from him – what he’s ready to know, and what he’s not. What words to use. And this is the best of what we’ve learnt:

Focus on what hasn’t changed: I’m not sure if it’s just our guy, but whenever things get scary (read: Covid), it’s always helped him to focus on what hasn’t changed, shifting the focus away from all the things that have. The first time we talked about this he admittedly didn’t go down quite the path I’d anticipated he would: apparently his big take aways were that fences, pooping(?), doors and grass all still existed despite him having Diabetes. Which was, apparently, quite a relief. I was sort of aiming for “Swimming! The beach! Picnics!”, but whatever. You do you, kid. Focusing on what stays the same helps take away the scariest bits of change, because soon it becomes apparent that even though some things are different, the life our kiddos love still does carry on. This ties in nicely to the idea that:

There is nothing that T1D can stop your kid doing: Including, as of the other week, flying as a commercial pilot! Our boy occasionally asks if he’ll still get to do X, Y or Z because of his Diabetes. The answer is always “yes” (read more about these conversations here). T1D is part of who he is, but it is not who he is. I don’t ever want it to be how he defines himself. He is so much more: he’s kind, goofy, giggly, exhausting. He’s inquisitive and wild, and one of the three best things that has ever happened to me. But he is not this disease. I don’t ever want him to forget that.

Be honest, but not too honest: It’s a fine balance trying to figure out what to share about the serious reality of T1D, and what is better left unsaid for now. So much of this is navigating what is age appropriate for your child. At four years old, for example, our son has developed this morbid fascination with death: how you die, why you die, when we’ll die, how I’ll probably die first because I’m really old (didn’t look that old before this Diabetes lark, but thanks all the same kiddo). Apparently several of his friends are doing the same thing, so I’m trying not to be too weirded out by it, but still. We recently walked past a graveyard and had a super fun conversation that went along the lines of:

Honestly folks, I have absolutely no idea what I’m doing half the time. Precisely because of this, we have had to be very careful of late to navigate T1D talks in a way that steers completely clear of anything particularly morbid. Not because one day he won’t learn that unmanaged or poorly managed T1D can have very serious consequences, but because at 4, I don’t want that worry being added to his list. You know your kid best, and what they do and don’t need to know will depend very much on what their needs/worries/thoughts look like at any given moment in time.

For us, honesty has looked like this: “Your body is different because your pancreas doesn’t work like most pancreases do. One day when you were about two, your body was having a bad day, and it got itself all in a muddle. It thought it spotted something that was making you poorly and it decided to attack it to make it go away. Only it got confused and it accidentally attacked your pancreas, and so now your pancreas can’t make insulin. Insulin is what your body needs to keep your blood sugars in check. Because your body can’t make insulin any more (silly body!) we have to give you insulin instead. Insulin helps to keep you healthy, but if you have too much, it can also make you sick, which is why it’s really important that you let Mummy and Daddy handle the dosing stuff until you’re bigger. We’re sort of like a pretend pancreas, outside your body. That’s why you have a pump – to give you insulin when your pancreas can’t – and why we need to watch your blood sugars so we can decide when you need insulin to bring your blood sugar down, or candy to bring your blood sugar up. It’s nothing to worry about though, because Mummy and Daddy and your teachers are always there to keep you healthy and safe. We’ve got it all under control.”

Focus on the positives: Early on, I’ll admit, it doesn’t feel like there are terribly many of these. But look a little closer and, at least through a little kid’s eyes, there are some. Candy, for example. How many kids do you know who get to consume as much candy as your kid does, without actually feeling bad about it because it is, after all, a medical necessity? I’d wager not very many. Which is obviously good for the dental health of the nation, but also good for reminding your T1 of the perks of this condition. Also, your kid is super hardcore, managing those shots and site changes and the like. They’re basically Superman/Wonder Woman in regular clothes.

Talk through worries: Being different is hard. Being different is especially hard when you don’t want to be different at all. As a teenager, I would have happily chosen pretty much anything over having a device connected to me that beeped loudly and alerted everyone to my existence multiple times a day. Thankfully, one thing this particular child of ours is not afraid of is being noticed. But he does still sometimes worry. We check in relatively frequently about this – not so much as to make him think there is something to be worried about, but enough that we can get a decent read on whether something is on his mind. Sometimes those worries look like “what will happen if I go low and no-one hears me beep?”, and sometimes they look like “what if people ask me why I have a pump and I don’t know what to say?” Which takes us to how it can help to:

Role play conversations with peers and strangers: T1D, sadly, is not a disease that all that many people know about. A lot of people seem to have aunts or cats with Diabetes (why is that?), but the ins and outs of T1D life are pretty unknown to many. For the most part, people have been really supportive and constructively interested in learning about T1D, but there are the occasional times where someone stares just a little too long, or a child points to our child’s pump and says “what is that?” Our best tactic for these situations is to go in prepared. Our boy is gradually developing a bit of a script to follow if someone asks him about his devices, or T1D in general. Keeping in mind he can barely remember what he had for breakfast on any given morning, this script is fairly fluid. But having something in hand, by way of an explanation, seems to help him worry less about the questions.

Involve them in decision-making: A big game changer for us was realizing how much more comfortable our kid became with T1D when he started to have some control. I find the lack of control I have over my T1D hard, and I’m a grown adult. I can’t imagine how overwhelming it must all feel if you don’t have a say in any of it. With this in mind, our boy gets to choose his low snacks (within reason!). He helps me pick out Dex stickers and, back in the day when we had pods to decorate, he was revered as the Chief of Design and Innovation. Giving him some ownership has been huge for our boy, both in terms of him seeing the positives, and feeling more in control of his experience.

Avoid labelling the occasional unhealthy snack, or (less occasional) iffy blood sugar day, as “bad”: Kids take our cues from us, and language is so important. I read recently about someone trying to change how they viewed a high blood sugar, opting to celebrate the fact that they’d checked their blood sugar and now could treat it accordingly, rather than letting a number define their mood for rest of the day. Easier said than done, I know. It’s really freaking hard being someone else’s pancreas, guys, and it will never be perfect. The main thing here is that we want our kids to gain a healthy understanding of the (literal) highs and lows, without getting caught up in the self-criticism that so often comes with monitoring these numbers so closely.

So that’s it, really. These conversations are frequent and ever-changing, but so important to have. And if I could offer one final takeaway? You’re a rockstar for navigating this. There were many responsibilities I imagine you foresaw going hand in hand with parenthood, but I suspect being a full time pancreas on top of everything else was not one of them. It’s tough and unwavering, but so are you.