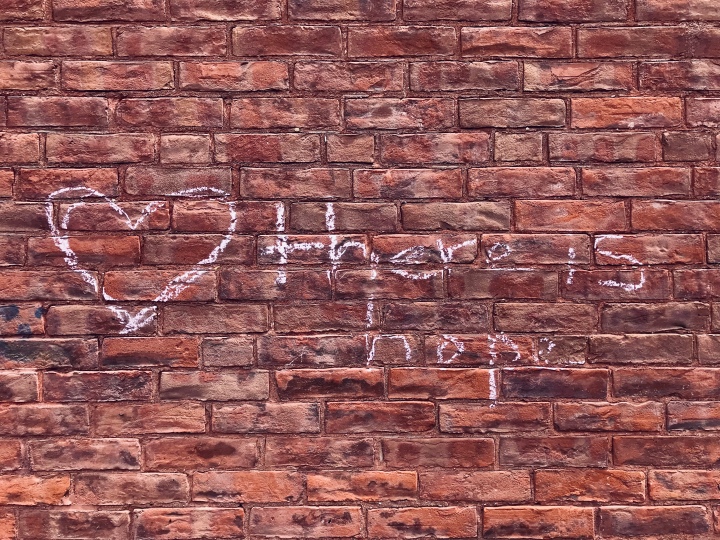 This particular day was my husband’s first long day back at work after a brief but much-appreciated stint of paternity leave, and my first time solo-tackling the baby and the newly-diagnosed two year old. Life was pretty up in the air and to be honest, in the early days of life post-diagnosis, my way of coping had been to leave the Diabetes management to my husband whilst I focused on getting through the cry-feed-sleep-change-repeat cycle of early newborn life. It wasn’t ideal, but it got us through the first few weeks. Nonetheless, with my husband’s teaching commitments ramping back up, the time had come to face our new reality.

It was all going pretty well until the bigger of our two small humans locked me out of the house like some sort of tiny ninja.

I’d woken up at the crack of dawn with some sort of conviction in my bones that today was the day we had to do something – anything – with our day, and so I’d planned a short trip to the local library for the morning. I tested blood sugars, calculated how much insulin was needed for our first meal of the day, and chased down the lightning-fast child for a quick shot before breakfast, a scene which vaguely resembled this, featuring my toddler as Pingu:

Congratulating myself for how unusually on top of things I was being (ha), I disposed of the sharps and moved on to packing our Diabetes go bag with our multitude of new best friends: insulin, needles, test strips, lancets, alcohol wipes, a glucometer (or three) and a silly number of juice boxes. Making the fatal error of thinking the two year old was preoccupied with breakfast, I then popped out onto the front porch to put the go bag in the stroller, ready for our departure.

No sooner than I put my second foot on that front porch, folks, did I realize what I’d done. The door slammed swiftly behind me, and in that one, brief moment, I became the parent who stands on the front porch promising her toddler literally anything to get the door open sans keys, whilst simultaneously cursing herself for not leaving a key outside for situations JUST LIKE THIS ONE as the toddler happily chanted “I close door Mummy. You outside. I close door hahaha byeeeeee”.

Not only was the toddler on the other side of that door, you see, but so was the newborn. I oscillated rapidly between threatening him with every Very Serious Consequence I could think of (not many) and bribing him with cookies/all the chocolate in the house/a pound of my flesh. Nothing seemed to stick, other than my sense of impending doom and the neighbor’s cat’s shameless interest in the situation that was unfolding before him.

Then, just like that, he caved. The door unlocked. I actually fell through it, face landing straight on the doormat.  A move which I imagine looked, you know, super classy. Ten never-ending minutes, multiple funny looks from passers by/the mailman/local squirrels and so much begging later, we were all back in the house and I was rapidly realizing that I had absolutely no idea what I was doing.

The rest of the morning involved my kid eating about ten cookies because that was what had finally convinced him to open the door, and a heap of blood sugar corrections because it occurred to me far too late in the game that stickers would have been a better bribe than cookies.

Needless to say, we never made it to the library. But I made it back inside, everyone was mostly unscathed (notwithstanding the emotional trauma), and you can bet that nowadays, all of our neighbors have a spare key of ours in their toddler-free sanctuaries houses.

The early days are hard. So hard. I recently listened to a podcast in which David Panzirer, a Trustee of the Helmsley Charitable Trust, said, “Type 1 diabetes is the only disease that I’m aware of where patients and caregivers make dosing decisions with a drug that can kill them. They make those decisions 24/7 without the benefit of a clinician. And if they get it right 60% of the time, they’re doing amazing. You never get a break.” You can listen to the full podcast here. This struck a chord with me because it captures so well the unique struggle of surviving life with T1D.

I remember trying to view our boy as a fighter, but really all I could see was the small, fragile child who’d laid in that hospital bed. I wanted to believe that he was resilient and strong – I wanted him to believe it too. But it was hard to shake the trauma of the hospital. The idea that he could break at any second, and that just like that he’d be gone. Throw the usual toddler antics (and a lactose-intolerant baby) into the mix and we, my friends, were a mess. I remember calling my Mum from the floor of our living room in tears on this particular day, telling her that I couldn’t do it. That I didn’t know what I was doing. That I wasn’t good enough for him. For any of this.

But we’re nearly two years on now, and you know what? We’ve got this. Mostly. I just needed time. I needed to prove to myself that I was capable. With every shot, finger prick, site change or new Dex, I believe it a little bit more. With every crazy high or terrifying low, with every positive ketone test, I learn that bad things can happen and he can still be okay. I’ve learned that kids are tough, and that we are too. It doesn’t get easier, but you do get stronger. The tears always subside, those little smiley eyes of his always return, and life goes on.

One thought on “Adjusting to the New Normal”