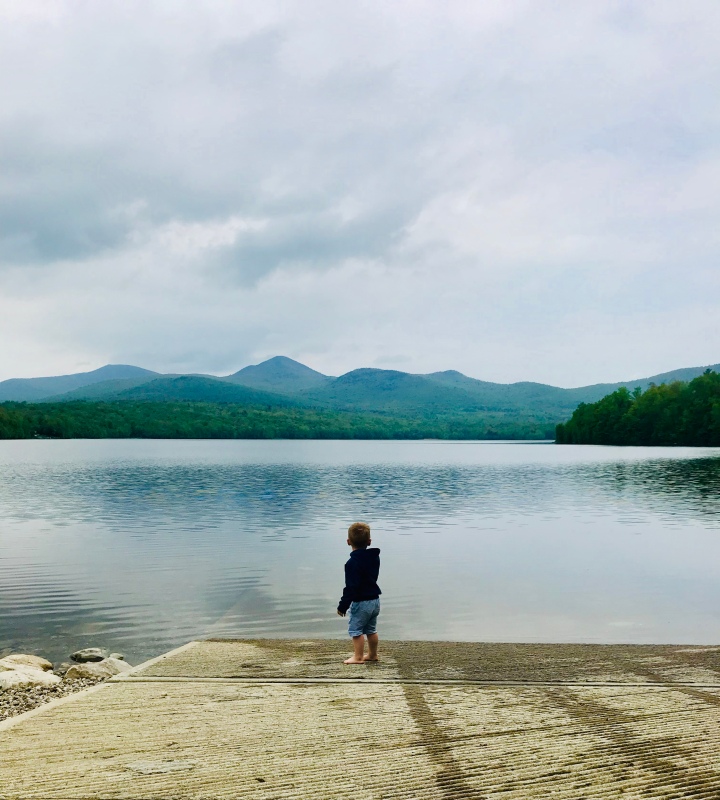 The early days of our son’s diagnosis were filled with endless awkwardness. Awkward mistakes, awkward encounters. Our first was on our second day in the hospital (just before the whole labor saga began), when it was time for me to give the toddler a shot for the first time. I remember the nurse being like ‘oh hey, you got this!’. And then I remember her sauntering off to the other side of the room to get something. Lord only knows why I thought then was the best time to have a (literal) stab at injecting our son for the first time, but I went for it. And somehow in the scuffle that ensued (my kid really doesn’t like shots, folks) I managed to stab myself with the needle instead.

Cue mass hysteria from all angles – I thought I’d injected myself and my unborn baby with insulin (I hadn’t, but I had managed to draw a fair amount of blood!), my husband panicked because I was panicking (and bleeding), and the nurse panicked because, well, the wrong person just got stuck with a needle. But then the little toddler, who’d done nothing but scream-cry for the last two days, burst into the sweetest, most uncontrollable fit of giggles. He was roaring with laughter. Thought the whole thing was hilarious. And soon we were all laughing so hard our sides hurt. I was crying, but actual tears of laughter this time, rather than fear. It was the first time in days we’d all laughed and honestly, it’s one of my favorite memories of the whole beginning. I still smile when I think of it now – the nurse’s horror, and then the laughter.

The second awkward encounter came about a week later, during one of our first forays into the real world post-diagnosis. I was so self-conscious in the early days about what people would think seeing me inject my child (with zero skill folks, honestly, I sucked at it) as he wiggled around like a sad, slippery eel. It was a disaster.

We were sat at one of our favorite cafés in town, having just dosed our boy for the world’s largest muffin, when he started eyeing my waffle. This kid has been sneaking my food for forever and I suppose there was no reason that habit should have changed just because of Diabetes. I was trying to fend him off because the idea of a second public insulin shot/battle to the death was not my idea of a relaxing family day out. My husband had popped inside to grab another drink and so I was sat there with the newborn and the stealthy food-stealing toddler, when a woman sitting at the table next to us leant over. “Excuse me,” she said. “I’ve been doing the child-rearing thing for a while now, and I just wanted to say that you’re probably best not making battles out of sugar this early in life. If the kid wants some waffle, let him have his waffle. It really won’t hurt him, and there’s no reason to obsess over a treat here and there.”

Now the thing to know about me (for those who don’t already know) is that I’m British. And British people, as a rule, really hate awkwardness. But I’m not just British. I’m also just super awkward. And so as a super awkward British person, the only thing I could think to do in this situation was to avoid engaging with the random lady who suddenly had views on my 2-year-old’s waffle rights. I sort of murmured some sort of acknowledgement and then turned back to my children, willing my husband to hurry the hell up so I didn’t have to engage any further.

“Really though,” she added. “I know you’re young and you probably think I don’t know what I’m talking about, but how old is he? 2? 3? You need to keep him on side. Teach him a healthy attitude to food.” God, I thought. Now I’m actually going to have to say something. And I really, really didn’t want to say something because then not only would I feel even more awkward but so would she, and this whole sorry situation would just lead us down this ridiculous rabbit hole I didn’t want to go down. But here we were.

“Actually—“ I braced myself, as my toddler pottered off to play in some leaves. “Actually, he’s got Type 1 Diabetes. So I’m only worrying about him nicking a bit of my waffle because his blood sugar is probably already going to skyrocket and I really don’t want to have to give him another shot in front of everyone again, because he’ll cry and then I will cry and it just won’t be worth it for anyone. But if I don’t worry about what he’s eating and I don’t dose him then he’ll die. And that would really, really, really…suck.” I exhaled, immediately regretting saying anything at all.

And then we talked.

And in the end, I think it was okay. I honestly think she thought she was helping, before I’d explained. It wasn’t her fault that she’d accidentally stumbled into a family in the midst of a medical breakdown. She wasn’t to know that our house was strewn with diabetes paraphernalia, pages of research, and insulin.

I do wish more people could know about T1D, and other diseases that aren’t always as visible as others. I wish people knew so that more people would understand. So there wouldn’t be questions like “oh, did you feed him juice/too much candy/all the cake as a baby?” Or “did you not breastfeed him?” I wish more people could understand this completely involuntary disease, not caused by anyone, that just…happens. But the only way people will understand is if we talk about it. If we embrace the awkward and the uncomfortable, and share our stories. Which I suppose is what I’m trying to do here.